There comes a point at which you could almost get tired of beating up on the self-defeating shortsightedness of open office designs. Almost.

The fact is, when an idea does itself that few favors, it gets what it deserves. The bad news is it encourages all manner of piling on. The good news is it also inspires alternatives that include new ideas, new products, and new design alternatives. So it is that open office spaces have precipitated the return of, of all things, the cubicle. But, to paraphrase the old ad that sought to stave off Oldsmobile’s demise but served only to hasten it by flaunting the GM line’s irrelevance, this is not your father’s cubicle. 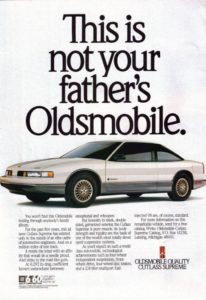 So ubiquitous is the open-office bashing — and so rife the opportunities — Fast Company published an article entitled, “Cubicles are back, and we have open plan offices to thank”. Wow.

Who’d have imagined an idea once championed by so luminous an architectural figure as Frank Lloyd Wright would come to be the impetus for conflict, high blood pressure and increased staff turnover, to say nothing of its complete lack of accommodations for privacy and concentration.

Call them pods. Boxes. Micro-offices. Phone booths. Cubicle nouveau. There’s no one name for them, but they all aim to fix the same problem: the misery of the modern open plan office … open offices are bad for the people who work inside of them … [because of] their psychological and social costs.

Everything is cyclical. So, it was only a matter of time until open offices went the way of dinosaurs, the Ford Pinto, Quaaludes, and pet rocks; although, open offices will be back again as soon as enough time passes and we ignore enough history. 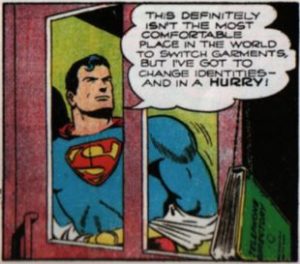 Even our currently renewing infatuation with the office phone booth won’t last long. After all, we’re only human. And even though Superman had powers and abilities far beyond those of mortal men, not even he was as crazy about phone booths as we think he was.

But when the choice is between close quarters or the psyche-restoring respite of seclusion, it’s no contest. And lest we forget, Superman called his sanctuary the Fortress of Solitude.

Let’s look at it this way: The fact that phone booths went away doesn’t necessarily mean they were a bad idea. They’re coming back because open office spaces have to go.

Point of VIEW
Scroll to top